Tokyo and the Wheelchair

So we arrived in Tokyo  and got a taxi to our Hotel.  Hi was called Keio Plaza and was in Shinjuku - beside the train station.  The room was absolutely fantastic.  We were on the 30th floor and it was huge.  The bathroom was one of the best disabled rooms that we had ever had, although it had a bath, it had a bench seat and a bath chair and another small stool for his feet in the bath.  For once I didn't have to go back to the front desk to ask for a bath chair. 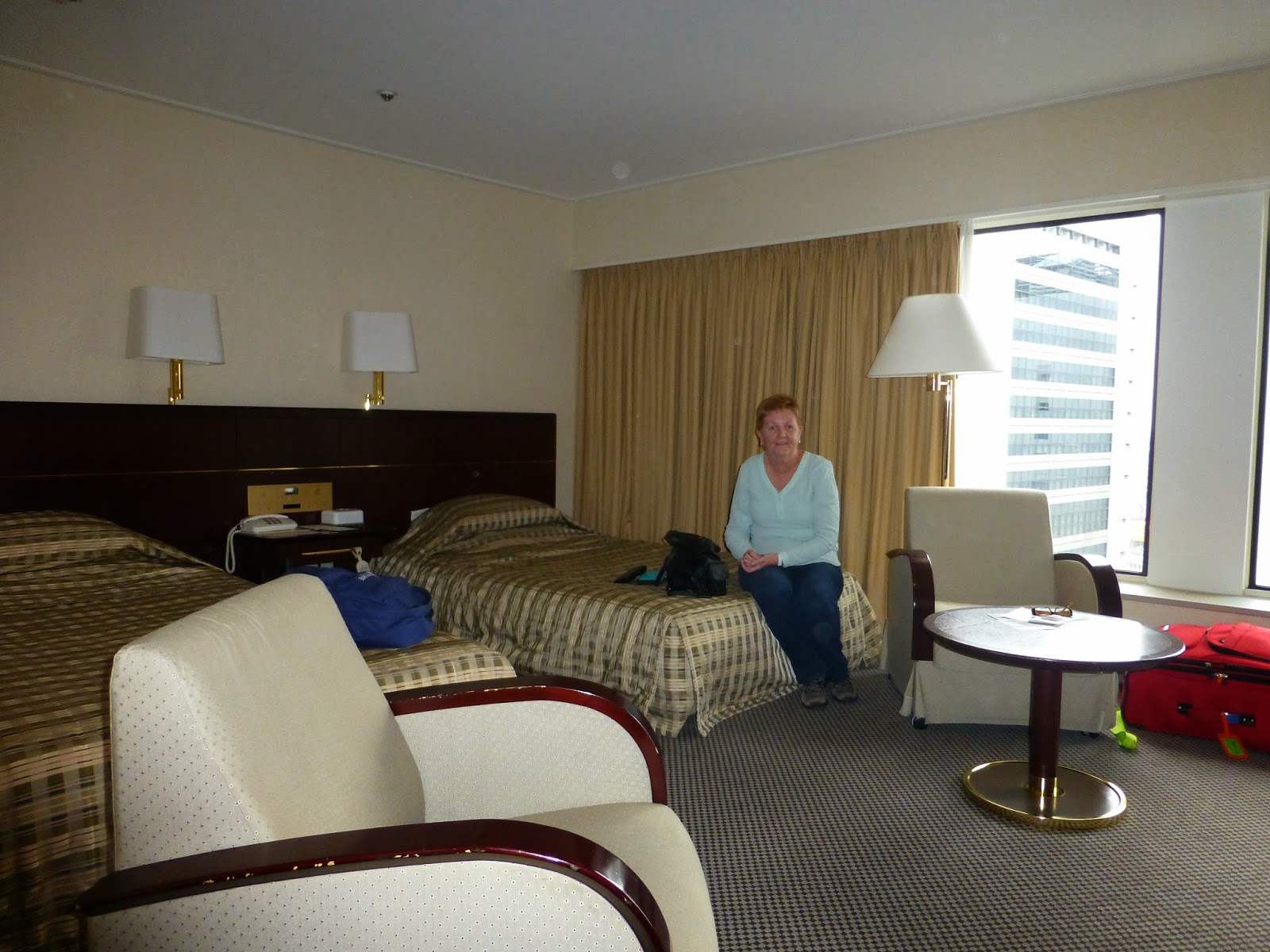 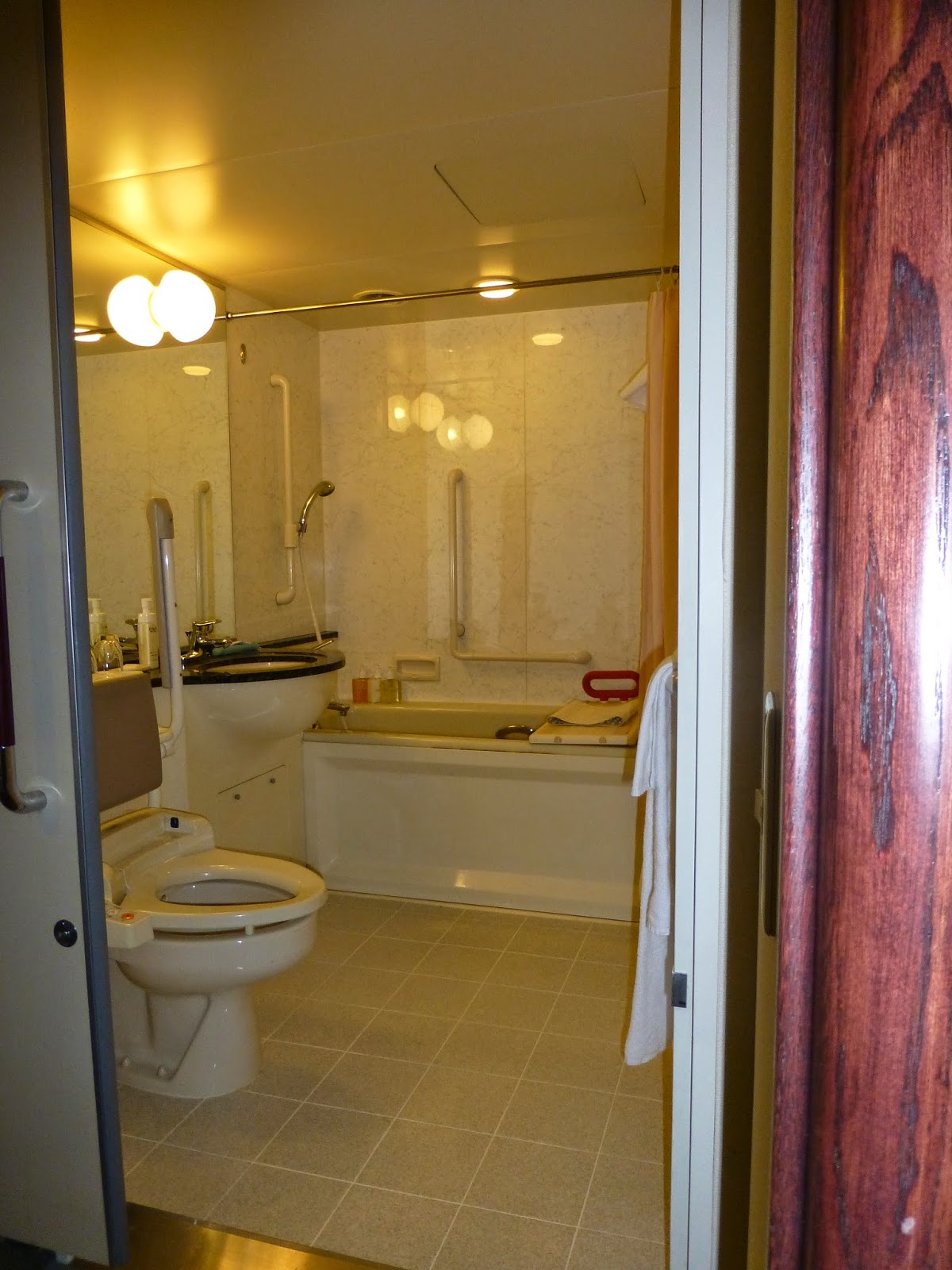 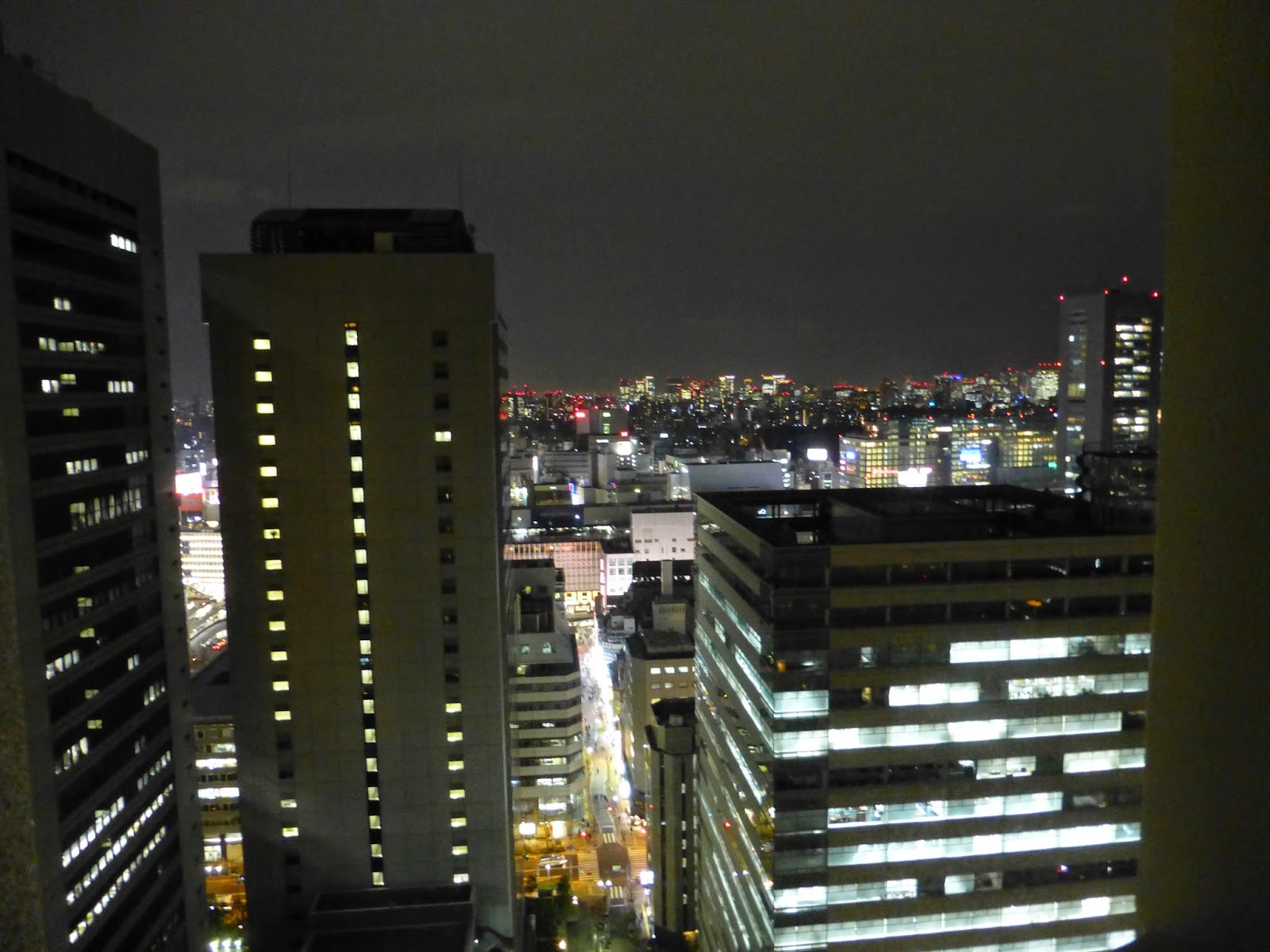 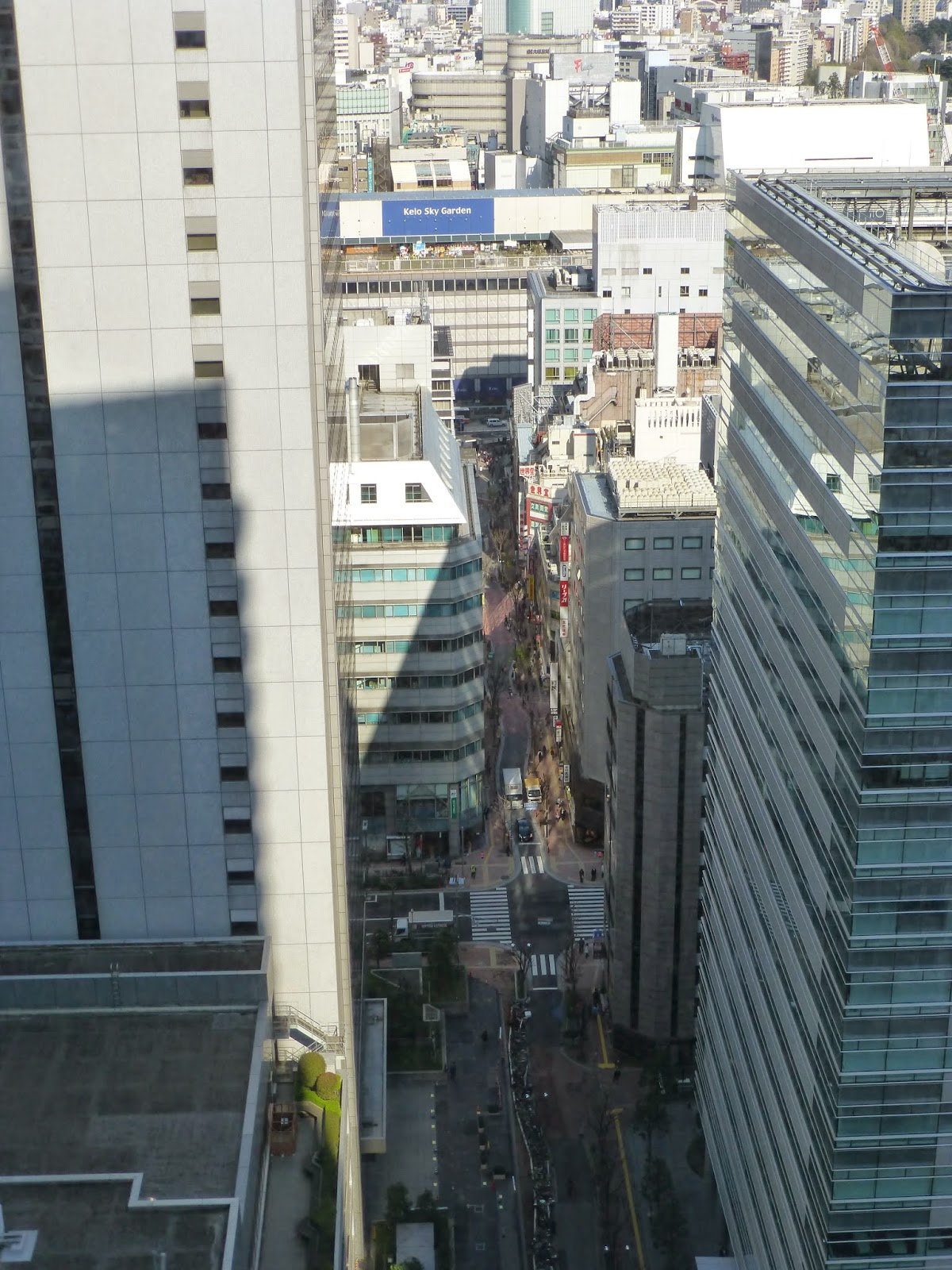 The hotel was well located, however once we found out the Train Station was one of the busiest in the world - average 2 million travellers a day - so Sully decided that he would not be trying to catch a train to the airport.  The first day we were there Sharon, Bruce and I did a tour to Mt Fuji that we had organized from Australia. However it was terrible weather and apart from a great big tourist photo, we did not see any of the mountain.  Di, our wonderful travel agent from FlightCentre Booval, was unable to find a tour that would take the wheelchair.  Sully just pottered around the area.  The next day Sharon and I went and found the quilting shops we had been waiting all trip to visit and Sully and Bruce wandered around the area near the Hotel.  On the final day, Sully had found out about the Observation Deck at the Tokyo Metropolitan Government Building which happened to be beside the hotel.  This had free entry and was well organized, only allowing so many people at a time so that it was not too crowded.  There was even a section for wheelchairs and prams.  However, again, Mt Fuji was in cloud.  When we were going down the lifts from the 45th Floor, the guides let them know a wheelchair was coming down, and where everyone else got out on the first floor, we stayed on 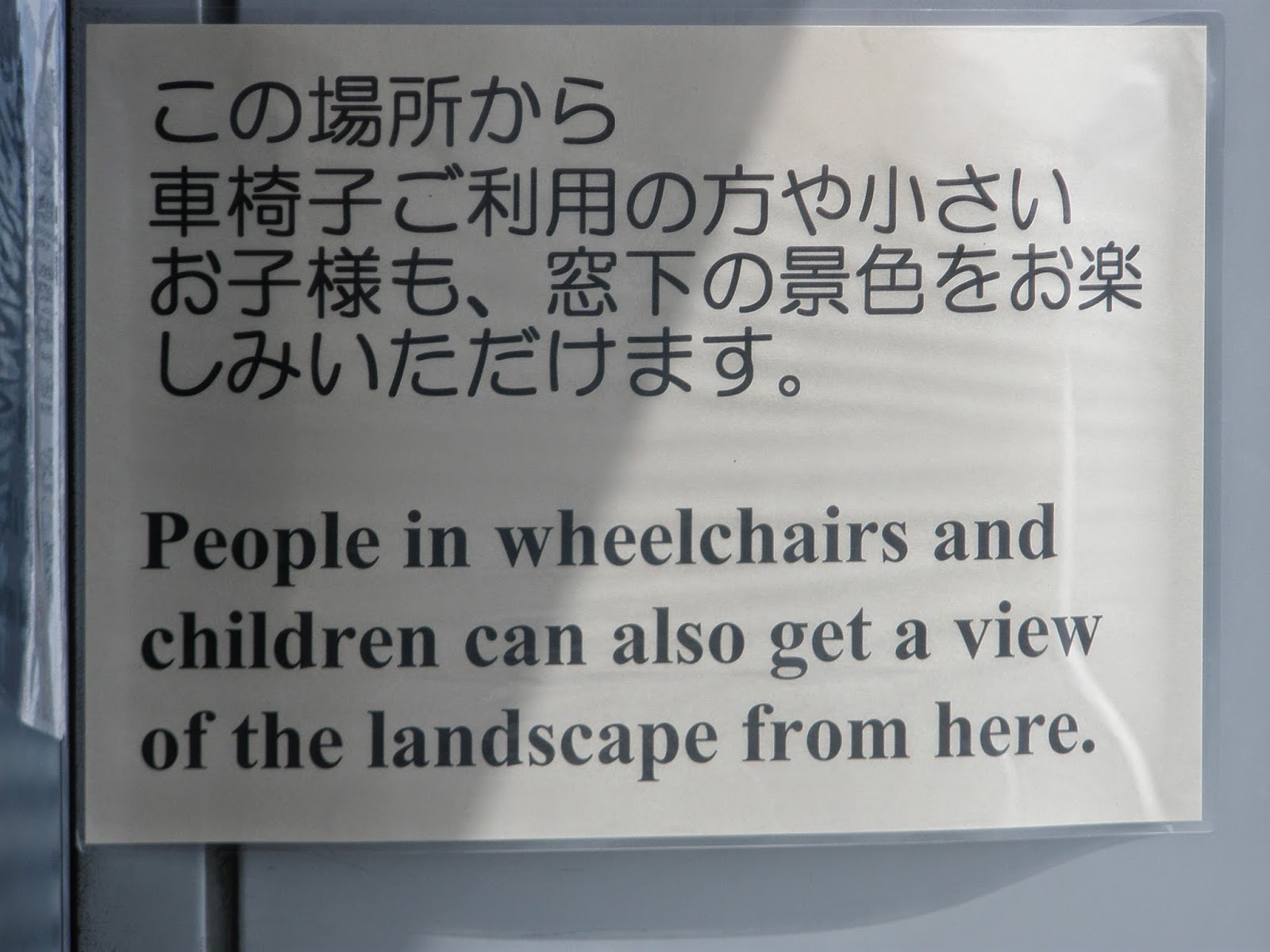 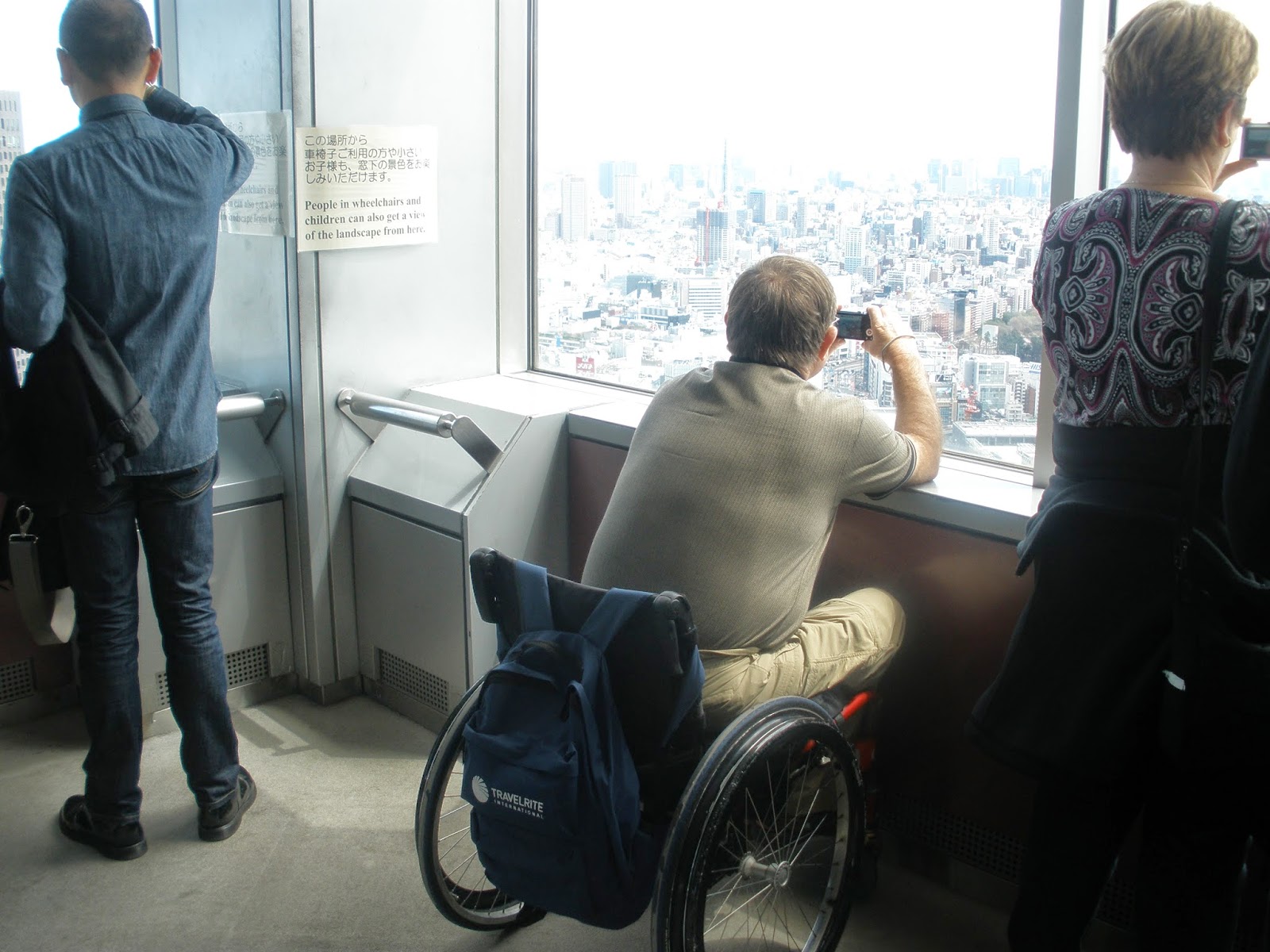 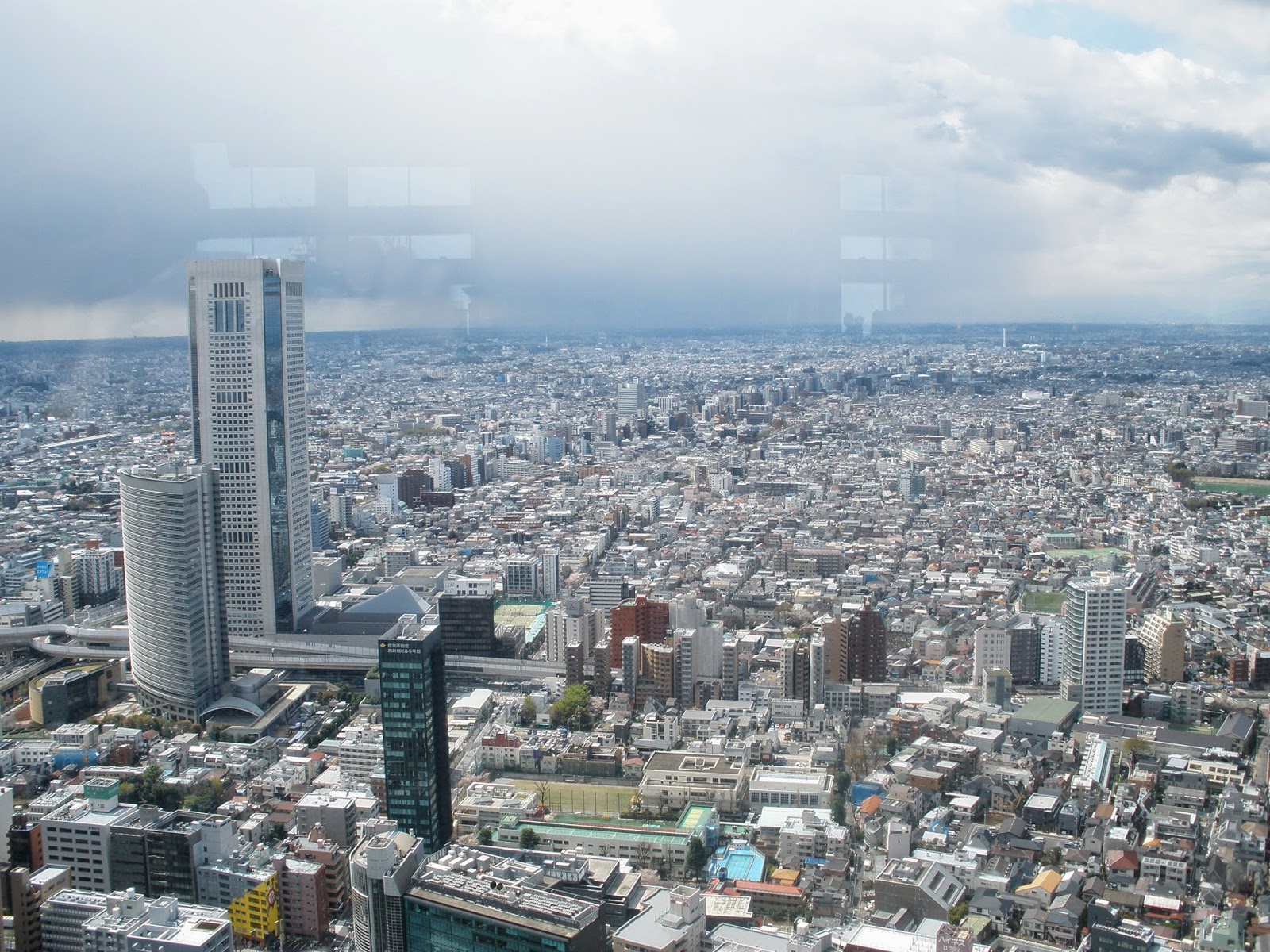 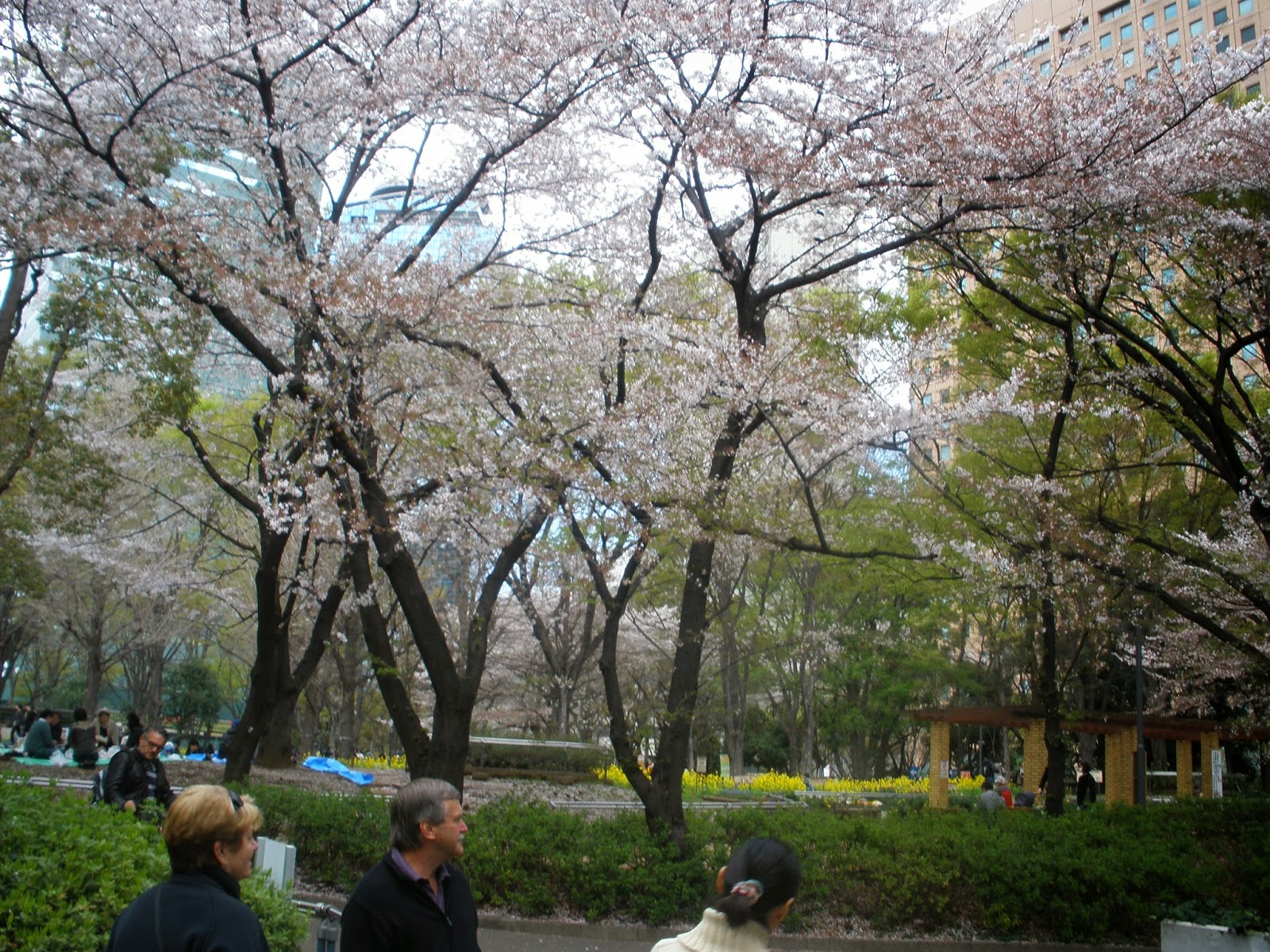 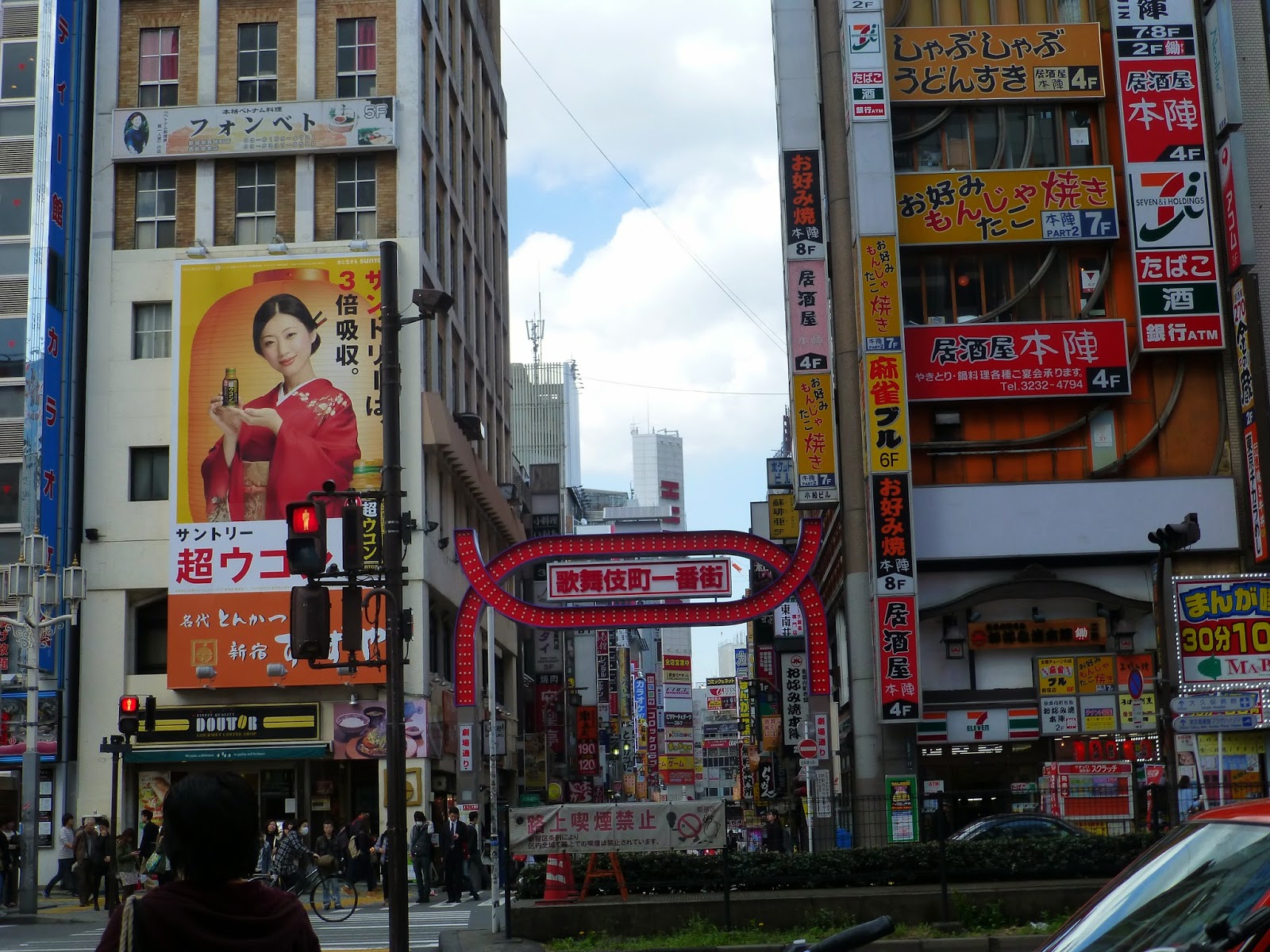 until the ground floor.  It is obviously a stop for lots of tourist buses, but we had got there early so we did not have to cue at all.  After that we went and had lunch and then walked to a park we had seen from the observation tower and enjoyed sitting under the cherry blossom trees and watching all the locals enjoy picnics in the sun.  That was a great way to finish our holiday.  Sharon and Bruce caught a bus from the hotel to the Airport which cost $31.00 each.  However, as it had steps into the bus, we were unable to get to the airport that way.  We tried to book a car online, but they didn't have anything for the time we wanted, so we organized a car through the Hotel.  This cost $242.00 Aus, and was a set amount.  The service was very good, and as we were coming into the Airport, the cherry blossoms were dropping their flowers....it was a lovely memory to take away from a terrific holiday.
Posted by Unknown at 00:21